Office of the President

We Are Here for You

Thank you for your interest in West Los Angeles College.

We know that selecting a community college, either to pursue necessary credentials for employment or to prepare for transfer to a four-year institution, is an important decision.  Please know that West Los Angeles College—named by the Aspen Foundation as one of the top 150 community colleges in the US—stands ready to support you in your academic journey.

Consider, for example, the opportunities available through our Pathways initiative or the most successful community college baccalaureate degree in California—our dental hygiene program.  Avail yourself of a wide variety of support services, from tutoring in the Learning Center to special-population programs (e.g., Veterans’ Services, Black Scholars United, and Puente) and the initiatives of the West Pantry and the West Wardrobe. 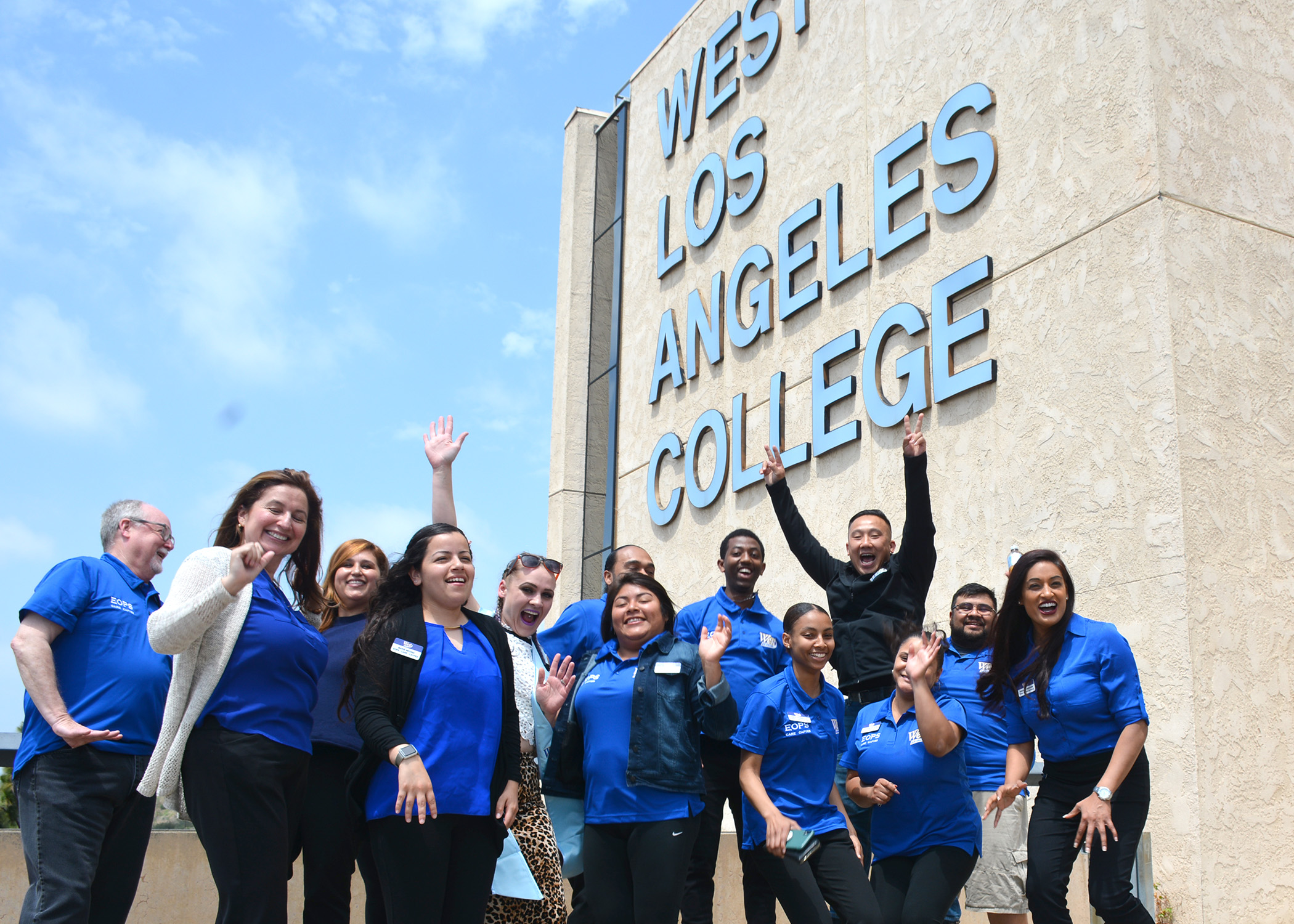 Most importantly, connect with us on a person-to-person level.  Here at West, you’ll find compassionate, caring faculty and staff whose single priority is your success.  Reach out to us.  Ask questions.  Help us provide the information and support you need to ensure your time at West is both educationally enriching and personally fulfilling.

Dr. James Limbaugh began his tenure as the ninth president of West Los Angeles College on October 1, 2016 and brings to the position the unique vantage point of having served in executive leadership positions at both two-year and four-year institutions.

At West Los Angeles College, Dr. Limbaugh holds as a priority the establishment of academic programs and services that reflect the needs of the region served by West; for example, since his arrival, West has created the first community college degree in Climate Change Studies in the United States, and West’s Dental Hygiene baccalaureate program is the most successful bachelor’s degree program at any California community college. He is currently overseeing a series of construction projects that will result in three new buildings bv 2026.

Dr. Limbaugh also views student success as a community goal—not only for West, but for the surrounding region. To this end, Dr. Limbaugh has focused on community outreach to both establish new partnerships and re-invigorate former collaborations. The College now participates in an articulation agreement with Culver City Unified School District to provide dual and concurrent enrollment courses at the District’s high schools, and a bridge program with Loyola Marymount University (the LMU/West Scholars) has been established.

Additionally, the College is a sponsoring partner of Leadership Culver City, a community-based academy focusing on civic literacy. The College’s collaboration with the South Bay Workforce Investment Board has resulted in the creation of an apprenticeship program in aerospace engineering that has been certified by the U. S. Department of Labor as the first such apprenticeship program of its kind in the United States.

Armed with an understanding that student success can be hobbled by external forces that block a student’s abilities to be academically successful, Dr. Limbaugh and his wife, Trish, established the West Los Angeles College Food Pantry and the West Wardrobe, initiatives that continue through the generous support of multiple community donors.

Prior to assuming the presidency of West Los Angeles College, Dr. Limbaugh served as the interim president of Oxnard College and as Chancellor of Montana State University-Northern (MSUN)—a dual-mission university in north-central Montana. His focus on student success led to his being named by the Montana Student Association (representing all Montana institutions) as the 2013 “Student Advocate of the Year.” Before accepting the chancellorship at MSUN, an unexpected turn of events at Angelo State University (TX) led to Dr. Limbaugh holding three vice presidencies simultaneously: his original assignment as Vice President for Strategy, Planning, and Policy; and his interim role for eighteen months as the Vice President of Student Services and the Vice President of Academic Affairs.

Dr. Limbaugh holds a Ph. D. in Educational Policy and Leadership from the University of Maryland and a master’s degree in counseling and guidance from Texas A & M University. Additionally, he holds undergraduate degrees in English and Business (from Texas A&M) and history (from Frostburg State University [MD}). He and his wife, Trish, have three children and five grandchildren.